Native App or Progressive Web App: A Choice That Matters

The advent of digitalization has radically changed social mores and personal habits. The first hi-tech addiction that afflicted the human race was caused by computers, but in the new millennium, mobile phones and gadgets moved in to top the desktops (the pun is intentional) in the number of users. 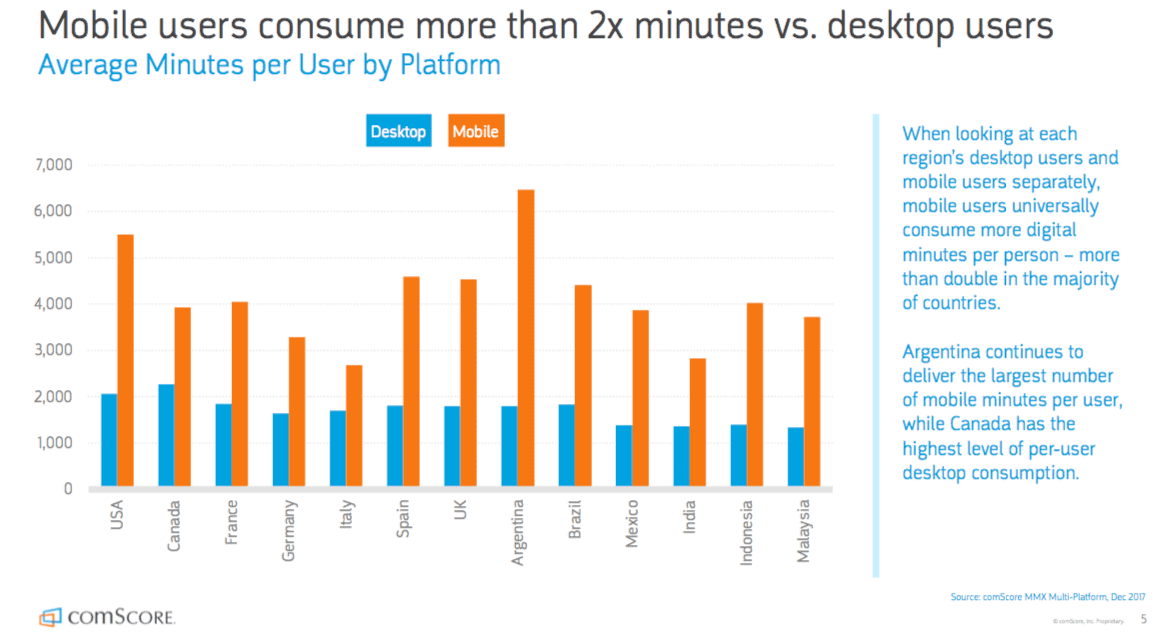 Have you noticed how much time we spend with a smartphone, tablet, or any other gadget in your hand? By and large, it is the first thing you get hold of as soon as you open your eyes in the morning (the huge odds are that it is the alarm clock on the smartphone that wakes you up), you scroll through the latest news at breakfast, you look through your social media pages on your way to work or study, you receive ibeacon powered pop-ups, you order pizza, book tickets, pay for the utilities, and do dozens of other assignments all day long.

Business owners have marked this gadget ubiquity and realized that digital devices offer a ready-made universal channel to reach out to the consumers enhancing their companies’ revenues. With this aim in view, enterprises engage in e-commerce exercised via mobile apps, which reveals a steady growing pattern over the years and is likely to retain the trend in decades to come. 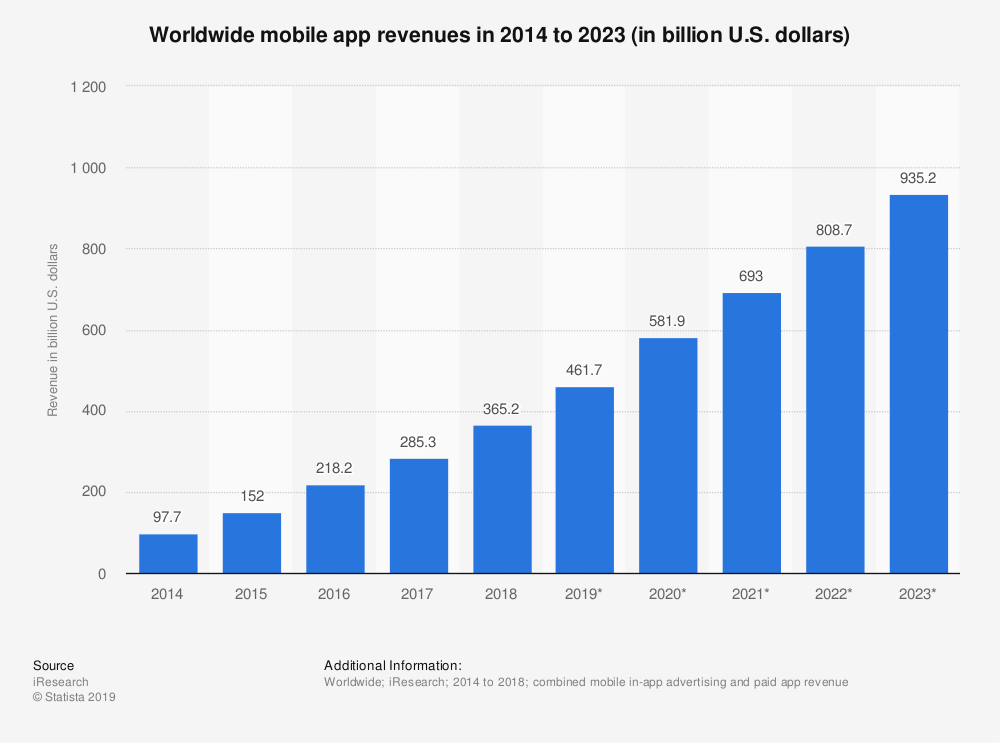 While to have or not to have an app is not a relevant question in the contemporary business world, the choice between a native app or PWA is the one that managers have to make in order to steer their company’s ship to the shore of success.

At the dawn of the app era, life was much simpler since companies’ IT departments didn’t have to rack their brains over the alternative “PWA vs native apps” – just because all apps were native. Such apps were honed to work only with specific software and were written in a certain programming language. Their functionality could be exploited to the maximum through tools and frameworks of the operating system (iOS or Android) they were congruous with. Both developers and users enjoyed native apps’ security, energy-efficiency, and seamless integration with similar products. Moreover, the process of their purchasing and subscription was remarkably effortless coupled with foolproof publishability.

Native apps reigned supreme until people realized that the flexibility and universality of native apps constituted their principal limitation. The way out of the predicament was furnished by the appearance of Progressive Web Apps (PWAs). What makes them so progressive?

The answer must be sought in their nature. PWA is fundamentally a website. This fact determines all the advantages of webapps vs native apps. For once, you don’t have to install them on your gadget but can access them wherever internet coverage is available (and their edge is especially evident under bad network circumstances). And this gadget is not only a smartphone with an inherent operating system. Thanks to their unique adaptability, PWAs can be run on a plethora of devices and platforms and utilize the same user interface as the browser does. Moreover, their website nature dictates the minute weight and high SEO-friendliness of PWA vs native app. 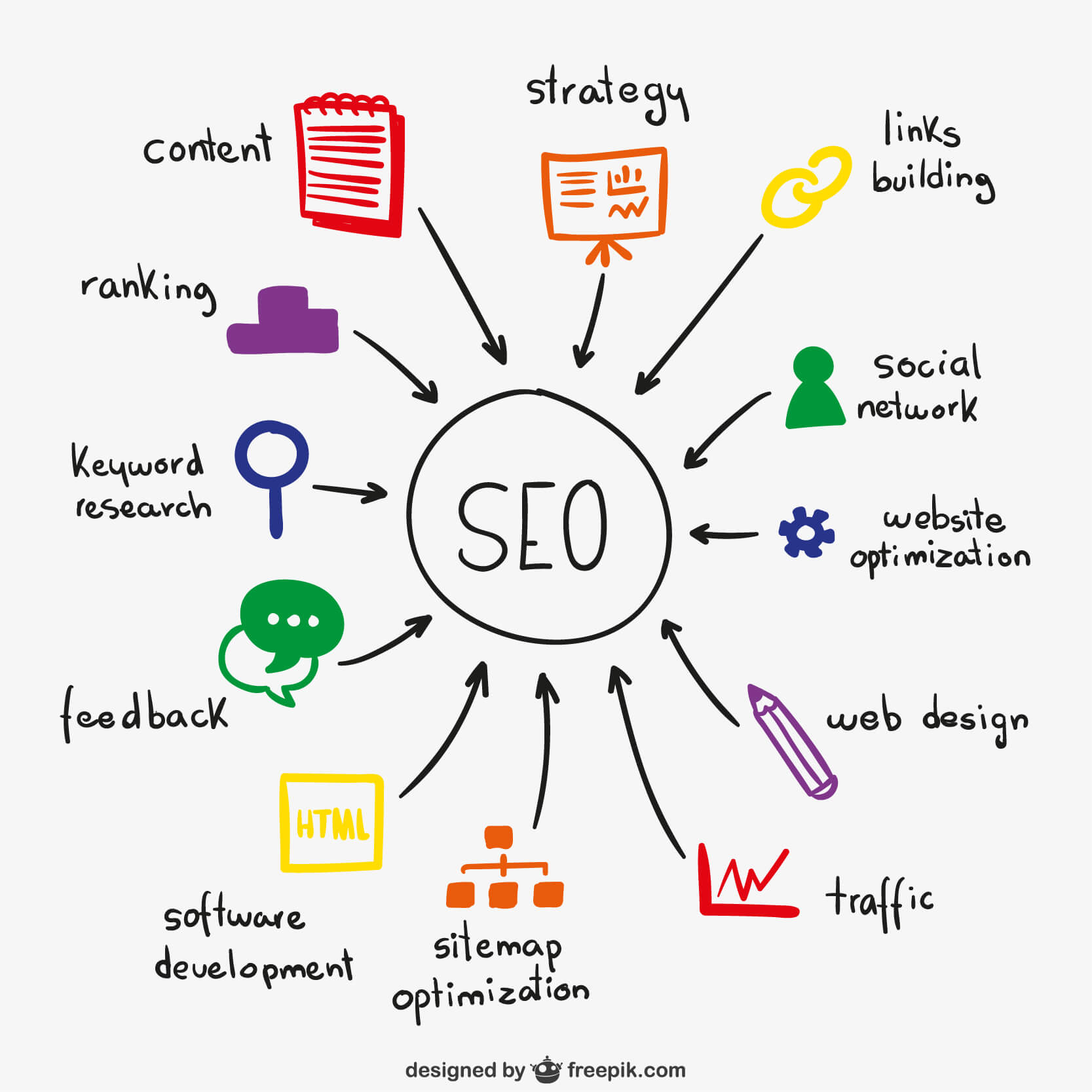 Having recognized undeniable assets of progressive web apps vs native, many big-time businesses (for instance, Facebook, Instagram, and Twitter), to say nothing of smaller ones, leverage PWAs to enhance their productivity and broaden the client base. Will PWA replace native apps then ousting the latter into oblivion? Such a conclusion would be too precipitate to make because native apps have their own fortes.

Since the two major categories of people who deal with apps are users and developers, it is sensible to perform the comparison between the two app kinds taking into account both vantage points.

After all, apps are created to cater to the needs and tastes of customers. Consequently, it is their view that deserves primary consideration while weighing up these two app types against one another. And this juxtaposition can be carried out along three basic criteria.

To gauge the importance of this parameter, Forrester research firm conducted a survey to find out how many apps average smartphone users install. Astonishingly, this number equals zero. The explanation of this phenomenon lies in quite a complicated and lengthy installation procedure. Contemporary people are always short of time so seeing the installation through is a real ordeal for their patience.

First, they find a necessary app in the store and confirm their desire to install it. After that, they wait for the app to be downloaded and then installed. That accomplished, they should grant it certain permissions in order to finally use it. And let’s face it – most of us do it once or twice only to delete it sometime later. And uninstalling the app is an irrevocable step that can’t be redressed.

Now that you are aware of how it all happens in real life, the edge of a PWA vs native app becomes apparent since, unlike the latter, the former can be added to the user's home screen in a few taps after just bookmarking it. It will then appear in the app directory and integrate into all settings starting to send notifications. Moreover, it doesn't require any updates displaying the most recent version whenever you run it. And if we remember its lesser weight and the possibility to share such an app with your friends with just an URL, the superiority of PWA in this aspect can be considered absolute.

Since PWA utilizes service workers, its loading time is very short. Running separately from the web page in the background, service workers deal with offline requests, synchronize data with a remote server, cache resources, and perform dozens of other functions that speed up the PWA operation. Such architecture of PWA provides its instant loading and even a possibility of offline operation in case an internet connection isn't stable.

However, being run from a browser, PWA displays some latency that, coupled with significant battery consumption, is one of the downsides of PWA in comparison with a native app. The latter integrates into the respective operating system and accesses the hardware of the gadget, which ultimately provides a more satisfactory user experience.

In this respect, PWAs fall short of native apps. For instance, push notifications in PWAs are provided by service workers but their API’s support varies from platform to platform. The same is true about mobile payment, so opting for PWA you should make sure the platform you choose does all the things you expect. With native apps, push notifications are more consistent allowing for third-party integration to boot.

Moreover, there are some functions that are available in native apps only, such as geofencing, proximity sensor, smart lock, ambient light detection, and some others. Native apps can also interact with other similar apps to make calls, login, checkout, so the gamut of functions such apps perform is definitely wider.

Deciding on the kind of app to have for your company, you should be aware of what developers will have to face while creating either.

Native apps are built with the help of languages specific for the operating system the app is supposed to be used with. Thus, developers of Android-based apps utilize Java and of iOS-based – Swift and Objective-C. To build a progressive web app requires proficiency in CSS, HTML, and JavaScript.

The necessity to learn a specific language for each operating system and create a version for it (with the respective resources to maintain and update them) makes building a native app more costly. With PWA, you build one version compatible with all platforms. Moreover, you can configure your current website into PWA, which radically cuts down on development costs.

Be it a native app or PWA, it is never a bargain price issue and the total development cost includes numerous aspects. 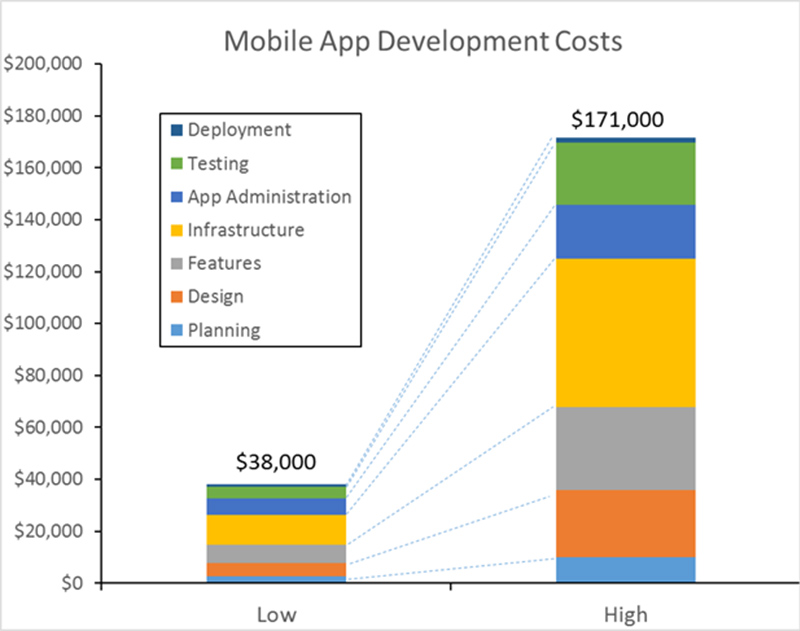 There is no universal price list for developing either app type, but the bill you will have to foot greatly depends on the location the developer hails from. By choosing a developer form Eastern Europe you can receive a high-quality product at a reasonable price.

After building different native app versions for the two basic platforms you will have to market them to different stores – App Store for iOS and Play Store for Android. Each of the stores forwards certain publishing requirements and sometimes even demands a registration fee. And that done, you will still have to wait for publishing permission that has to be issued every time you update your app. PWAs avoid these annoying publishing procedures since all the users need to immediately access them is a browser and a URL.

However, web stores’ policies have a good side to it. They pearl off poor quality apps and give the ones that are eventually published rapid branding and sales boost.

The only way users can find a native app is a web store’s website since they aren’t indexed and consequently aren’t listed by search engines. Being in fact websites, PWAs are featured in such lists. Moreover, in comparison to regular sites, PWAs display enhanced performance and engagement which makes them even more SEO-friendly.

You can boost your native app search results by leveraging App Store Optimization (ASO). This process involves effective title and meta description wording, keyword research, good screenshots, relevant categorization employment, and other measures, which, however, will cost your extra money and time of marketing your app. But even with these steps taken, native apps can't surpass PWAs in discoverability.

Running under HTTPS, PWAs are more secure than a regular website, but they can hardly outperform native apps in this respect since you can always provide the latter with additional security options. Implementing multi-factor authentication, certificate pinning, and other measures in your native app, you can make sure that no personal information or credit card data of your clients is mishandled. 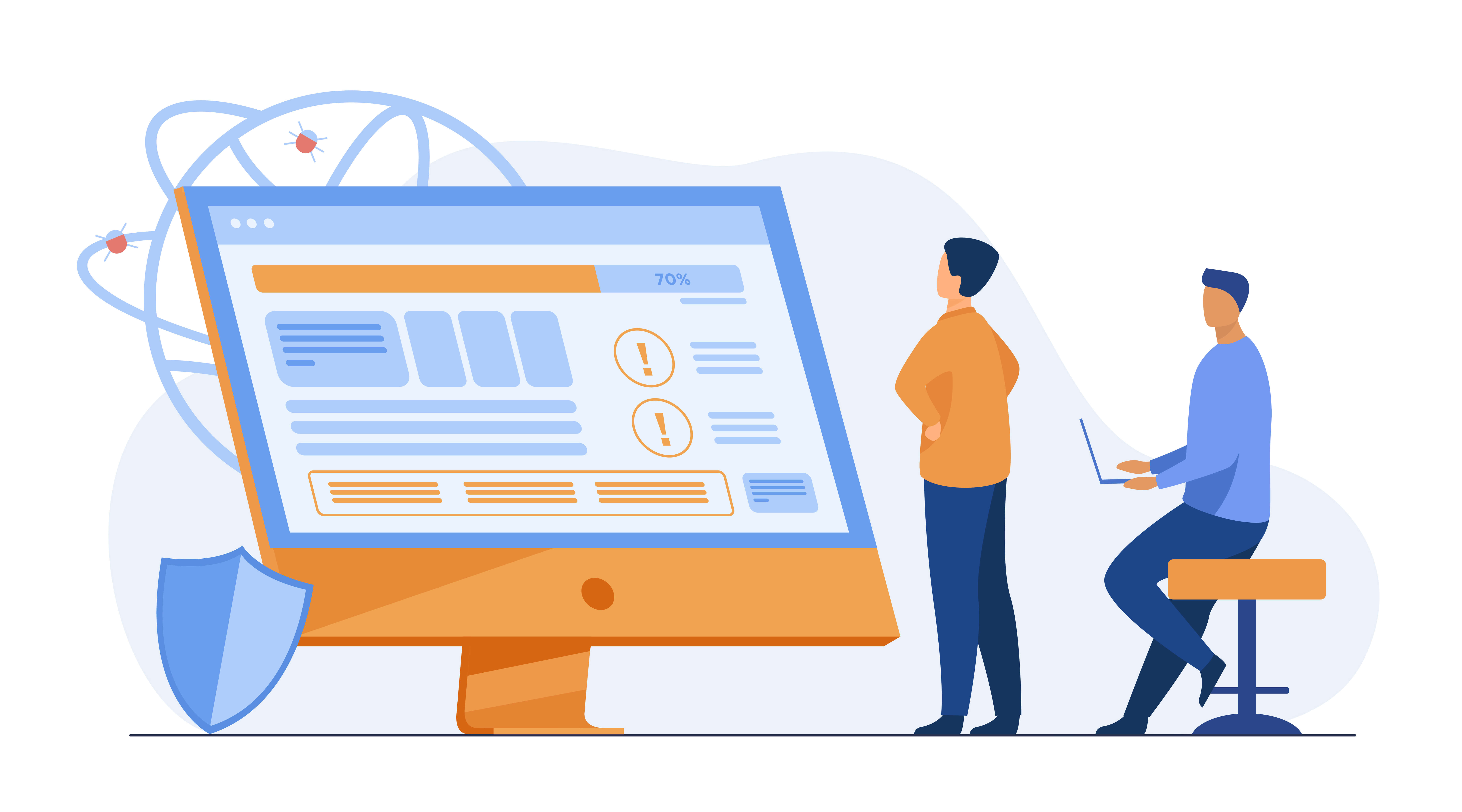 As you can see, there is no unequivocal answer to the question which kind of app is better. It is your ultimate goal that should be instrumental in making a choice. If you have a startup that aspires for quick expansion on short commons, PWA would be what the doctor ordered. At a more advanced stage, when you aim for the brand credibility, reliability, and enhanced user experience you should consider having a native app.

But whatever app type you will eventually opt for, you should realize that building one is a no-nonsense job that must be delegated to seasoned professionals.

By employing the services of a dedicated team of experts you are sure to receive a top-notch product that will propel your productivity and boost your revenues.

In the contemporary digitalized world, having an app for an enterprise isn't a competitive edge anymore, but rather a must-have. Depending on your company’s needs and aspirations (as well as on the time and money you have at your disposal), you may opt for either progressive web or native app. Hiring a reputed team of app developers you will obtain a high-profile app that will satisfy both your requirements and your customers’ expectations. Contact us to get an expert consultation or to hire web or mobile developers.

How to Use React with Drupal