How to Decouple Drupal with Gatsby

If you create or have experience in creating Drupal-based websites, you almost certainly have come across a need to occasionally customize algorithms responsible for HTML rendering. There’s a term for web solutions with such customizations - headless or decoupled Drupal websites. In such cases, all of the front end element redrawing tasks are assigned to a specialized JS engine.

One of the most prominent engines that help implement dynamic interfaces is Gatsby. Let’s discuss the combination of Drupal and Gatsby in a bit more detail. 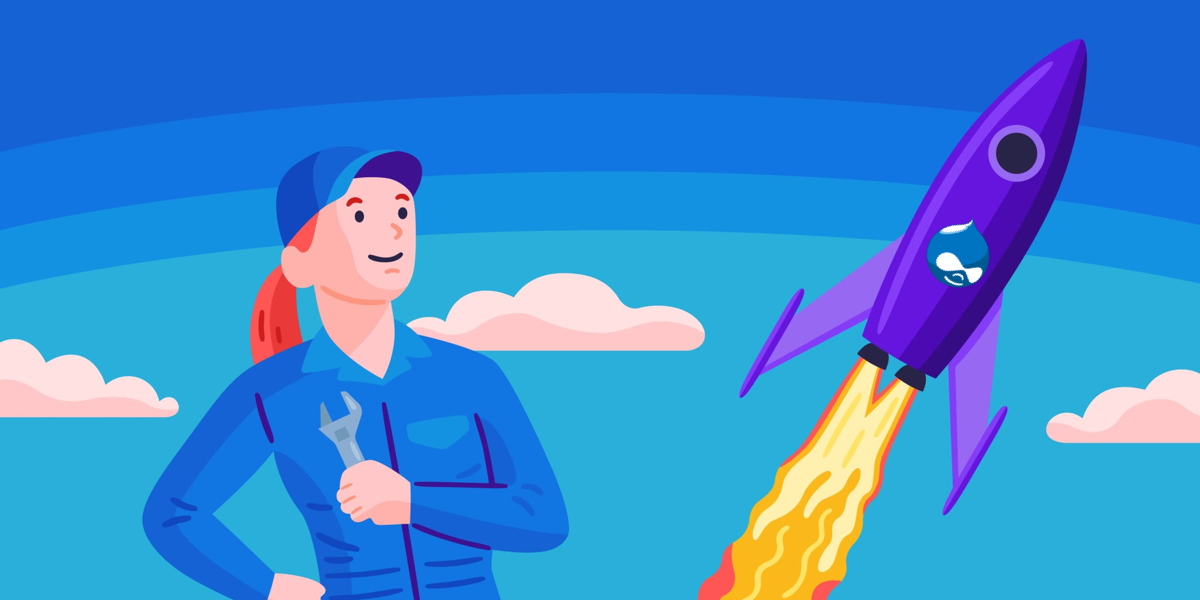 A Few Words on Gatsby

Gatsby is a rapid freeware framework for the development of React websites. The tool boasts both high performance and user accessibility: once you've figured out some of the special features of working with the engine, you will be able to create React-based sites in a matter of minutes. Note also that Gatsby can be used for resources of various complexity. Use it to create everything from interactive single-paged landings to extensive corporate websites.

The main feature of Drupal and Gatsby integration, however, is the fact that React-based pages with dynamic content don’t require any user feedback to refresh (i.e., you don’t need to click anywhere to refresh the page). Once the initial rendering is done, the client-side of the solution turns into a single-page web app.

The framework also forms a static HTML page for routing, which provides immediate loading of the refreshed content. Last but not least, Gatsby supports a wide range of plugins that can be enabled to employ data from multiple sources at once.

As a matter of fact, the scope of Gatsby's applications is even wider than it seems, going way beyond the boundaries of paired use with Drupal. It can be used to create either dynamic or static websites and web apps, including blogs, eCommerce solutions, info panels, etc. If we talk about database sources, Gatsby is compatible with Markdown and CMS files, as well as with REST API and GraphQL API.

And the cherry on top of using Drupal and Gatsby in combination are such useful features as automated code subdivision, image optimization, lazy loading, and a wealth of other things.

Read also: How to Use React with Drupal

Which Issues Can Gatsby Solve When Creating Decoupled Drupal Websites?

Keep in mind that it’s the 9th version of Drupal that enables the creation and optimization of decoupled websites. Let’s take a look at some major issues Gatsby helps solve in this context.

The Drupal engine was initially created to fit the building of static websites that generate all the content they have during the initial load. To update the content, sites used to make constant server requests, which, naturally, affected both the user experience and speed of performance in an utterly negative way. Gatsby, along with many other React-based frameworks, became a real savior here. It doesn’t even require practically any backend configurations.

Back in the day, combination with Drupal (or any other CMS) provided powerful server support while content management processes gradually became systematic and automated. Only one issue remained: for the performance of a website based on CMS, a database and a full-blown web server were additionally required. That, in turn, opened new ‘holes’ that could be efficiently used to hack one’s software.

Here’s where Gatsby posed a compromise for developers: it completely solved the dilemma between the accessibility of creating a frontend and the reliability of the website’s server. All in all, it allowed content to be generated on the user side before being transmitted to the backend as data from the static (i.e. an almost invincible one) resource. 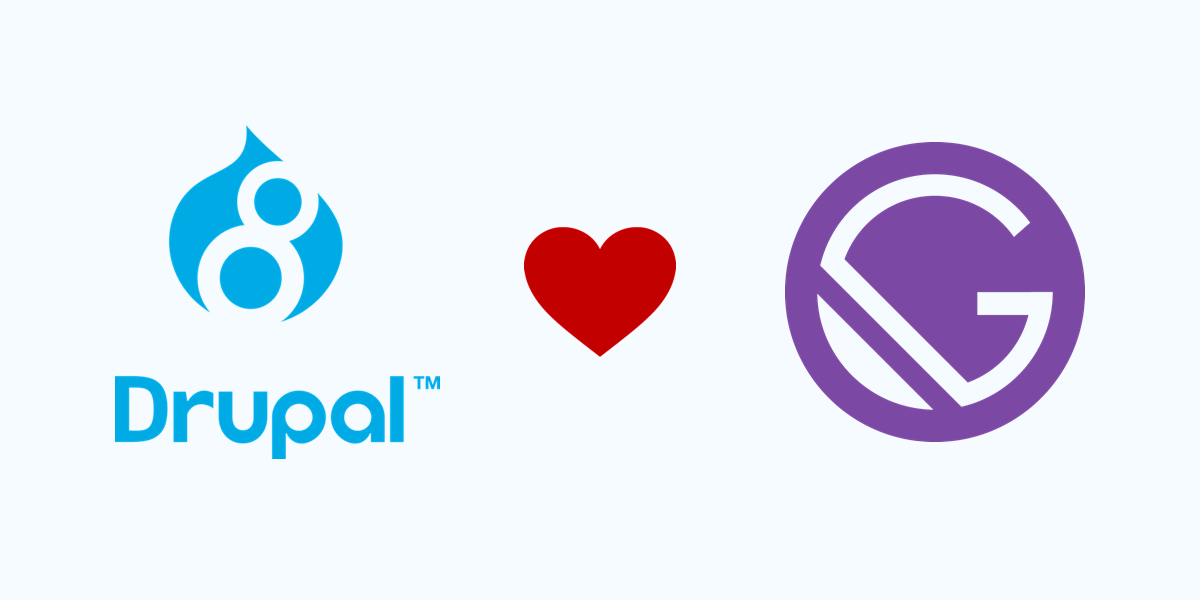 How to Connect Gatsby to Drupal?

And now, for our brief guide on how to integrate Gatsby with a new or existing Drupal website.

In order to decouple Drupal with Gatsby, launch CLI and, with its help, open the folder where you plan to create or modernize your site or app. At this point, you’ll need to install Gatsby CLI (simply type the following command):

Next, define the format of your website (simply execute the following blog creation command below):

What’s next? Generally speaking, the full set of available capabilities is described here.

We suggest that you simply take a look at what you already have: for that, type http//localhost:8000 in the browser to launch the homepage of your site.

Now, open a folder with a new project using any code editor or IDE and navigate to src/pages. There, you will find a template for one more web page, a 404-page template, and a bunch of other page files.

You can start editing the existing markup (notice that it has elements described in the form, which should be edited in src/components/layout.jsrespectively).

Access gatsby-config.js in order to define metadata for your pages.

And that’s it! Now, the looks and contents of your resource are limited only by your imagination and professional skills. Don’t even worry about the rendering performance—it’ll fly.

Despite the fact that creating decoupled websites with Drupal isn’t exactly simple, Gatsby creators did everything in their power to make the programmer's life a little easier.

Nevertheless, if you only tried building up resources via simple online editors, this approach may still be too much for you. Let us help you by creating and by providing technical support for your dynamic website even further with the help of Drupal and Gatsby. We’ll get you a customized solution that will meet your every requirement, regardless of whether it relies on aesthetics to reliability and usability. Use the form below to contact us and get expert consultation within 24 hours.

Share:
Wondering how to use Drupal with Gatsby? Read our review and guide on employing Gatsby when developing Drupal websites.

How to Make Sure Your Drupal Site is Secure

How to Develop a Custom Drupal Module