Drupal, as you probably already know, is one of the most flexible and feature-rich CMS's. Due to the advanced support of JSON API and GraphQL, this framework is an ideal choice when creating both the server- and user-side of your web application.

Nevertheless, despite the fact that Drupal is mostly preferred for the flexibility it provides for developers, it is still not quite flexible enough to provide hyper-fast processing of user requests and implement immediate interface response to user activity. In order to solve these issues, the Drupal creators introduced the notion of decoupled - or headless - architecture. This type of architecture becomes useful when a developer needs to create an interactive web solution with a significant amount of dynamically-refreshed content. 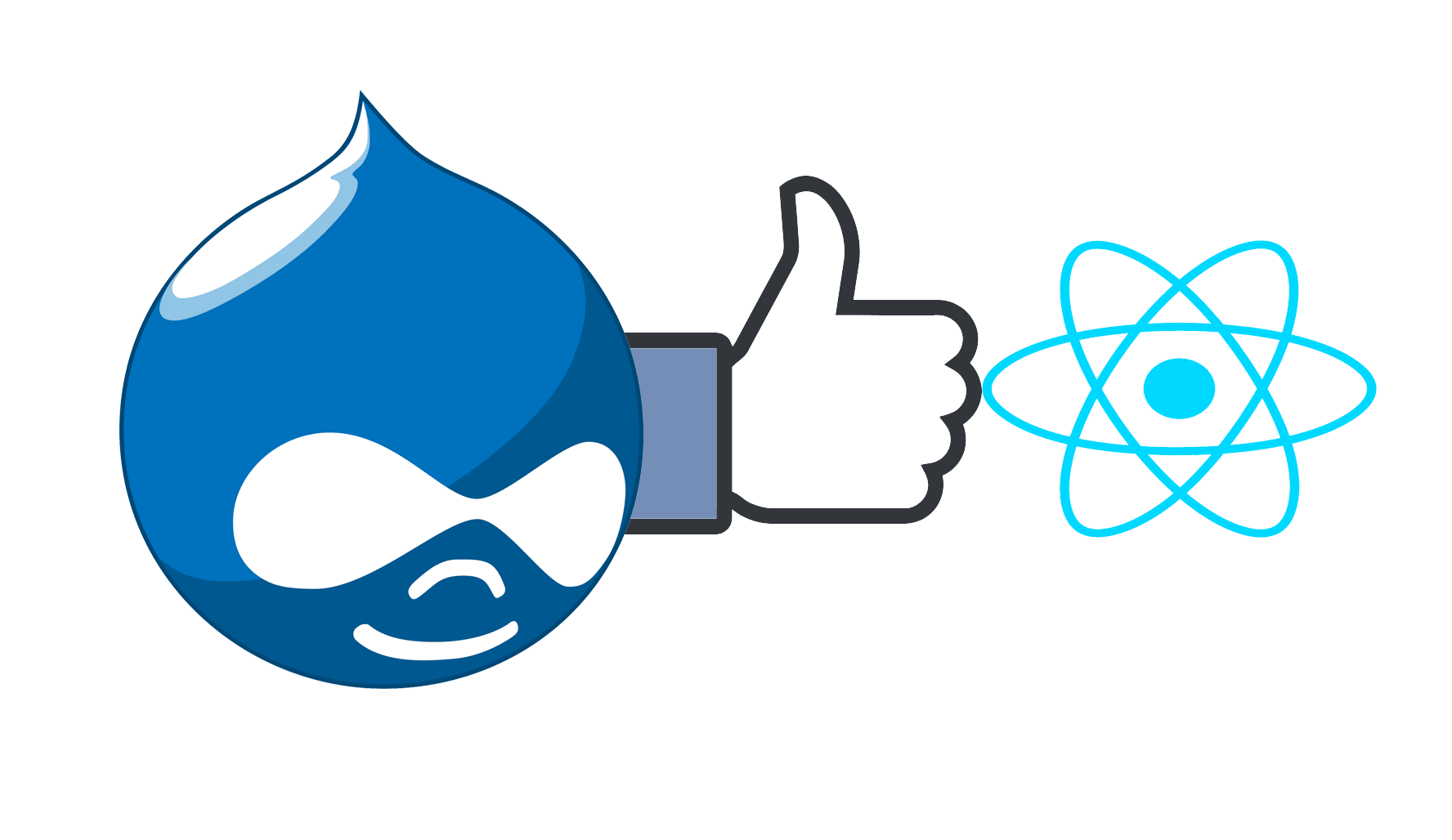 In this feature, you will find out more about the role of React library in the creation of software solutions with decoupled architecture.

Why is Drupal sometimes not enough?

Ordinary employment of the Twig template engine and the jQuery library doesn’t always help achieve efficient user request processing. In particular, when the complexity of code constructions defining the project frontend-backend interaction increases, the project itself is being dramatically configured, which may decrease its performance and negatively affect the work of interactive elements. Instead of looking for new and even more complicated ways to resolve this issue, the Drupal creators decided to provide the users with an ability to personally pick the tools for front-end creation.

In this way, one gets not only the standard developmental environment but also the ability to use the built-in mechanisms for the increase of performance. Read on below about how it looks in theory and which technologies are best to use for it.

How to optimize the Drupal-based solution's performance with API

In the foundation of many modern projects based on web technologies lies integration with various APIs. Instead of wasting time working through specific functionality, web developers get the ability to work on the carcass of websites and apps. Thus, APIs are very powerful template solutions that lie in the base of the innovational-by-nature headless architecture.

As for the Drupal engine, according to the principles of the discussed architecture, it’s used only to build backend – a kind of an interface for content processing. API is ‘attached’ to the backend, with the help of which content is transmitted to the frontend (or even to some other receiver - a mobile app, for instance). Then, if necessary, it is transformed and goes back to the server via, again, the API in the renowned form.

Now, when the question appears as to what to choose for the frontend creation, many developers prefer the React JavaScript library, which was created especially for interface programming. It is extremely accessible for beginners (React’s learning curve is quite low thanks to the declarative style of coding) and provides a colossal number of software tools for the implementation of ideas for users. Read the full list of reasons why developers choose React.js for web development.

Unfortunately, despite the rich history and advanced age of both mentioned structures, the methods of realizing interaction between them haven’t been studied that well yet. That’s why even many experienced programmers that worked with Drupal for some years in their commercial developments still haven't figured out the intricacies of setting up communication between the two.

What is headless architecture?

If your project based on the web technologies is to become ‘headless’, the first thing that should be defined here is its ‘head’. The head implies all the parts of the project responsible for its rendering (practically the whole frontend). In turn, the frontend for decoupled solutions is written with some JavaScript framework or library without the involvement of the Drupal engine itself.

Generally speaking, the practice of combining Drupal and ReactJS allows programmers to create high-performance and highly responsive websites thanks to all the advantages they get from their favorite JS-framework or library (in our case, React - a very flexible, rapidly developing solution). Moreover, using React with Drupal, you can automate the data exchange and direct it to absolutely any CMS, or even a mobile application.

Drupal and React: how this combination works in practice

As you might have already understood, in order to create a headless solution, you need to build the two separate projects, each of which will belong to a dedicated subdomain. In this way, you’ll be able to separate the data and its realization, providing the first in XML/JSON/HAL+JSON formats and the latter in HTML format. Find out below how it looks stage by stage.

Of course, everything described above can only help create a general picture of how combining React and Drupal app/website parts together works. You can find a detailed, rich-with-useful-links tutorial on how to provide integration between Drupal and ReactJS on Github.

If you study the materials from the recommended sources, you might realize that it is not that simple to integrate an interface of a React-based web application. On the other hand, considering the benefits this integration brings, it would be no use ignoring it in most cases. So if you are planning to build an app with voluminous animation and a large number of interactive elements, but are not confident in your skills in headless architecture creation, let us help you! Contact our employees by one of the addresses on our website and we'll be glad to discuss all the details of your project.

Share:
Our experts share their opinion about combining Drupal with ReactJS and the role of React library in the creation of software solutions with decoupled architecture.

Native App or Progressive Web App: A Choice That Matters