From the company’s foundation until nowadays AnyforSoft is a Drupal focused organization and we plan to prosper using the best CMS ever for a long period of time in future. It becomes a tradition for our team to gather together and attend our Ukrainian capital Kiev in summer for Drupal Camp. This year was not an exclusion. 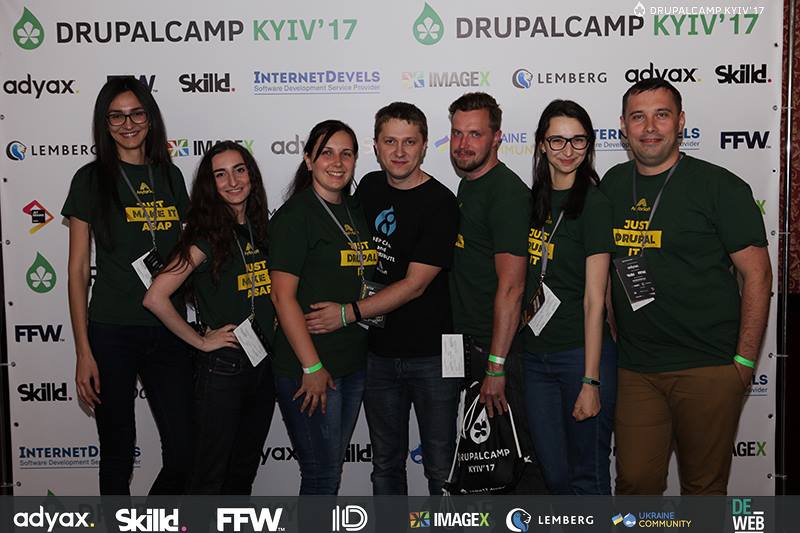 During 10-11th of June, AnyforSoft visited an impressive event named Drupal Camp Kyiv 2017, and there were a lot of guys and girls in green t-shirts. In fact, there were 16 of us. It is understandable that most of our representatives were developers but there were also our Account Managers, PMs, and Sales. As AnyforSoft has already based not only in Kharkiv but also in Lutsk, Dnipro city and all over Ukraine, some of our co-workers we’ve met the first time face-to-face. It was really great opportunity for our developers to visit interesting practical performances of Drupal experts from Ukrainian community, share their experience and challenges with programmers from different companies. 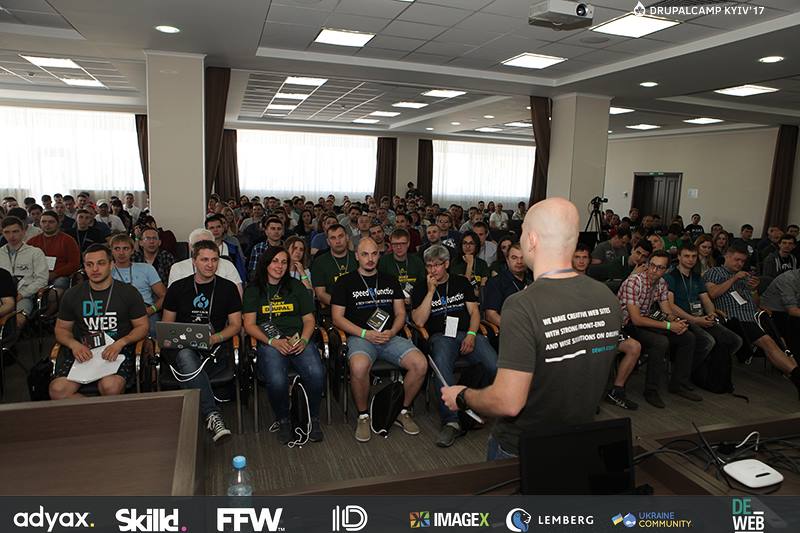 Our non-technical team also received some value on this event. This year there was a separate performance direction for managers with appropriate topics. Our CEO Anatolii Pazhyn had a speech there named “Distribute Drupal team: not an option but a reality” adhering to his tradition, he spoke there in English, thus it was clear for the foreign attendees. Anatolii’s main message was to discuss with audience advantages of remote work and based on our company’s experience ensure that it works. Thanks also Glenn Hilton for very useful tips in recruitment with the speech “How to hire top-talented.”

Special thanks to organizers, everything was at the high level and we really saw the growth and prosperity of Ukrainian Drupal Community because this year there were 100+ more attendees than at Drupal Camp Kyiv 2016. Ultimately we’ve broken the record reaching the mark of 403 persons which is one of the biggest in Europe. Thanks to all the attendees for amazing atmosphere and we do believe that Ukrainian Drupal community will host DrupalCon in the nearest future.